Thanks for help to find something nice as this Studio in Diamond and waiting for next one from this company thanks for this kind service. Nader. Egypt
All feedback Give feedback 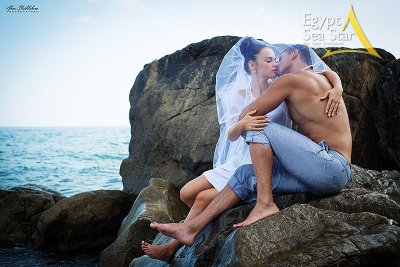 Interesting offer? Tell your friends!
What is the Marriage contract and what is it served with?

The question of what an Marriage contract is of concern to almost all representatives of the beautiful half of humanity, who happened to move to Egypt for permanent residence. It does not matter, you decided to rent an apartment in Hurghada for a while to live a month or two and get comfortable, or you went to the resort so that you know everything here, and decided to buy a living space in the property in Hurghada. If you are not married to a representative of your nationality (or some other than Egyptian), sooner or later the persistent macho will start making offers. And you, perhaps, will be surprised to what extent they are easily related to the institution of marriage. It seems that for them to marry is just to spit. Wow, Russian girls think. Our brother in the registry office is not even dragged with poppy-seed, and the Egyptians are happy to ride cheerful monkeys under the crown? Not so simple as it seems. The flavors of spa macho "marry you right now, this second" have nothing to do with an official marriage, which you can read in another article. What is usually talked about in a secular conversation of unfamiliar people is the so-called Marriage contract. Let's see what it is.

What is the Marriage contract?
Marriage contract - a kind of marriage contract, according to which a man and a woman in the presence of two witnesses and a notary lawyer confirm their status of civil spouses. This paper is needed so that you "do not live in sin." In fact, she gives you the right to live together in one apartment and proudly call each other husband and wife. Well, it is worth noting that according to this agreement, if you have born joint children, they will be considered the children of your Marriage contract -husband. And it's all. No Marriage contract gives any property and hereditary rights. Officially, nowhere is it recognized, even in a hotel you will not be accommodated with such a contract. Formally, it is needed to prevent the Egyptian from blaming the rape of a tourist. If she is of sound mind and solid memory she herself has agreed and signed the appropriate paper, then what are the claims to her husband's own husband? Well, a woman such an Marriage contract protects against questions from the police, is she engaged in prostitution? No, here, please, with my own husband, everything is documented.

What are the?
By the way, sometimes the Egyptians do not even ruin their lawyers. The very form of the Marriage contract, quite sufficient to rent an apartment in Hurghada and live together, costs a couple of pounds. Sold in bookstores, filled by hand. Such a treaty is actually legalized by the signature of prostitution, and is not taken seriously by anybody, except naive tourists. The contract, signed by witnesses and certified by the seal of a notary, compiled in triplicate, already has a little greater force. Firstly, it can be used as a protocol of intent in the course of further formalizing a formal marriage. Secondly, it is also a "confirmation of paternity", if you decide to give birth and register a child. Well, again, the issue of your cohabitation will be treated with great piety. That's all. There are no other preferences in this agreement.
To terminate it is quite simple: to tear the paper to shreds, including the copy that is kept by the lawyer. As such, the divorce proceedings in this case is not provided. Sometimes it happens that some particularly zealous macho of such orphic contracts - a whole herbarium. And nothing, they do not interfere with each other, the weather in the house does not. And, as has been said above, no property or other serious rights are given. Therefore, the Egyptians "marry" with such unparalleled ease of being.