Thanks for help to find something nice as this Studio in Diamond and waiting for next one from this company thanks for this kind service. Nader. Egypt

The project of our company. We are developers. Patriot house. 5 minutes from the beach. Intercontinental
From only $47000

Egyptian meters in apartments in Hurghada. 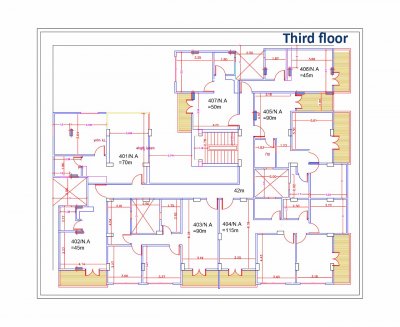 Interesting offer? Tell your friends!
In many countries in the world, the size of the premises specified in the contract, did not comply with this footage of the room. Similarly, in Egypt. When buying property in Hurghada, you need to understand the concept - "Egyptian meters." As a rule, the acquisition of real estate you are the same and the owner of the land under the building, as a percentage of the meter of purchased apartment; This should be OBYAZAYATELNO of the contract sales of apartments. As the size of any apartment includes common area: the entrance and stairs, roofs, technical rooms, courtyard, pool, beach, etc., formed in equity proportions, divided by the total number of apartments. For example: The total footage of apartments is 1000 m2, building 100 apartments (it turns out that the meter to each of the objects will be added to 10 m2) Average percentage of allowances to the total area of the object is 15-25%. The apartment shall be measured at the perimeter with the internal partitions. Overestimation of the real external perimeter area of the apartment more than 25% = illegal. If the contract of sale -purchase cost per square meter and on the basis of a calculation of the final cost of the apartment and that exceeded the norm by 25%, you can sue in court for the developer. (There were some cases of some developers in Hurghada, 5-6 years ago, and now they've been taught and not overstate or checking just simply will not allow them to connect to the building of electricity).